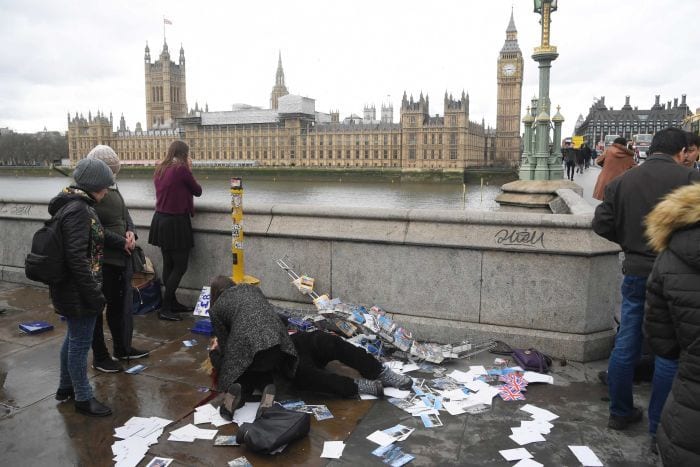 The chaos in London and inside the grounds of Parliament is the attack that security chiefs here in the UK have long been preparing for. The days when terrorism exclusively meant large, complex bombs and months of planning are largely gone. It has become more subtle and cunning in its application and yet is equally as devastating.

Terrorism looks not just to kill and maim – but to create panic and such a sense of disorder that it rocks a city or nation to its foundations. It is not a race or religion, it is a group of people who are looking to disrupt our way of life. It doesn’t change tactics based on your beliefs or the colour of your skin, to the terrorists we are all a single unified target.

The fallen victims, innocents who have been brutishly killed should be honoured and remembered and should serve as a reminder to us all that the world outside these borders is different and often more radical. However, in order to ensure we do not implode and lose this battle, we must endeavour to maintain our freedom and integrated way of life, otherwise, the lives lost yesterday and before, will all be in vain.

British police say they believe the attacker who killed four people including a police officer outside Parliament acted alone and was ‘inspired by international terrorism.’ Rowley says that police have raided six addresses and arrested seven people in connection with Wednesday’s attack. He refused to identify the attacker.

There was no immediate claim of responsibility.

He said that the death toll stands at five, including the attacker, a police officer guarding Parliament and three civilians. He said that 29 people required hospitalisation and seven of them are in critical condition.

The threat level for international terrorism in the U.K. was already listed at severe, meaning an attack was “highly likely.” Speaking outside 10 Downing St. after chairing a meeting of government’s emergency committee, COBRA, May said that level would not change. She said attempts to defeat British values of democracy and freedom through terrorism would fail.

Londoners and visitors “will all move forward together, never giving in to terror and never allowing the voices of hate and evil to drive us apart,” May said.

Police have named the attacker as Khalid Masood. He was 52, born in Kent and detectives believe he was most recently living in the West Midlands.

Muslim community raises £3,000 in just one hour in support of Westminster terror attack victims. The Independent

Londoners will never be cowed by terrorism. pic.twitter.com/SidIuIztvu

Have a safe and beautiful day, put a spring in your step and a smile on Someone's face. #lifeisbeautiful #WeStandTogether pic.twitter.com/NZJ1q57GjZ