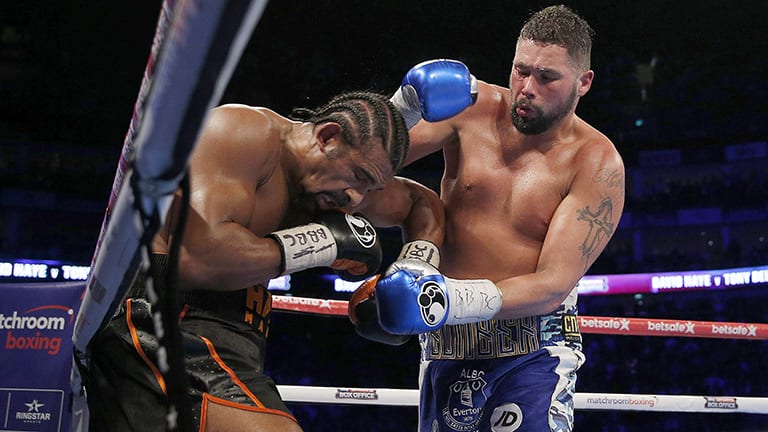 a “freak show” in which he was happy to play the “pantomime”,

Calamitous fight; victory for Tony Bellew as he beat David Haye in the 11th round at the o2 Arena.

It was a disappointing end to a fight that had all the ingredients to be a good and entertaining fight. The build up ‘grudge match’ and the genuine hatred between the two fighters, was compelling enough to sell the bout on pay per view. The two fighters different in styles and class, also ensured that we could have seen a great British boxing match. But with Haye suffering an Achilles injury in the sixth round and Bellew breaking his hand in the second, that hope of a good contest went and it became a boxing match where few clean strikes were thrown and Bellew failing to finish the Haye off.

The disappointing part of the fight was that the fight never really ‘took off’ and once Haye was injured, the result was inevitable, however, a clean knockout would have been more emphatic.

After the fight, Bellew labelled boxing a “freak show” in which he was happy to play the “pantomime”, but when asked why he would not bow out now, he said any offer for his next fight “would be too big” to turn down.

A rematch with Haye was briefly mentioned in the ring but Hearn appeared cold at the prospect, stating the former WBA heavyweight champion’s camp had no desire to insert a rematch clause before the bout.