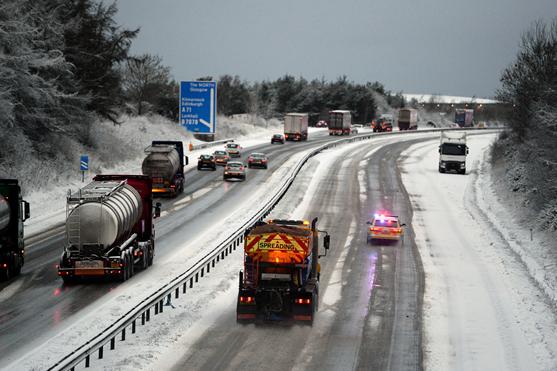 The storm has left thousands without power and trees have crushed cars and blocked roads and railway lines.

Storm Doris battered the UK yesterday disrupting planes, trains and automobiles. In its wake, it has left the tragic death of a young lady from the midlands, almost 25 people injured and a battered and bruised infrastructure.

A 29-year-old woman has been killed as storm Doris tore through the UK  and hit by winds reaching 94mph. She was fatally injured when a large piece of wooden debris fell from a building while she was walking with colleagues from the University of Wolverhampton in Dudley Street at around midday on Thursday.

The storm has left thousands without power and trees have crushed cars and blocked roads and railway lines. In one case a train was forced onto the motorway as storm Doris caused chaos.

Meanwhile, the strong gusts of wind have caused dangerous flying conditions for pilots, resulting in some cancellations and hair-raising footage of difficult landings. A circulating video shows the battle pilots face when landing planes.