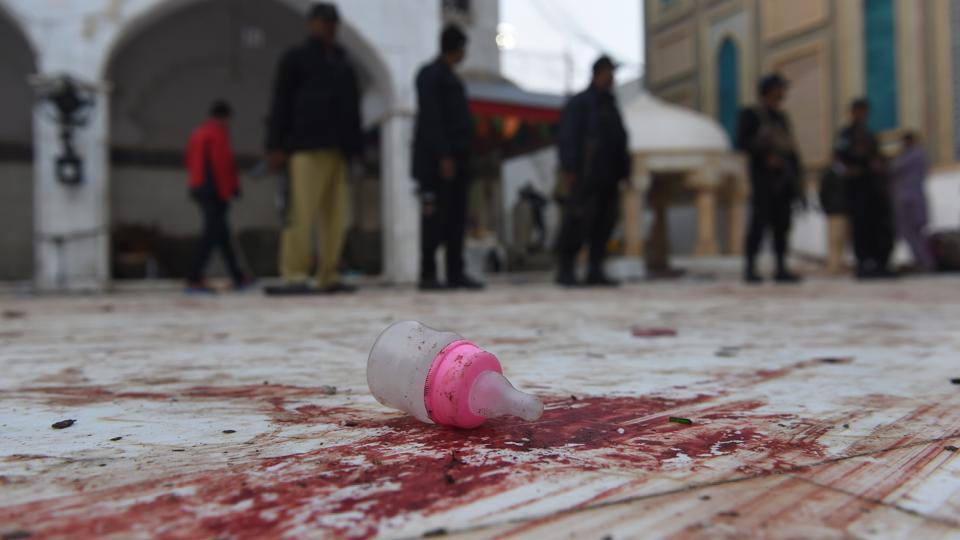 The worst week in Pakistan’s recent history with over 100 killed by terrorists attacks.

If you have been following the recent bombings in Pakistan, then you will be aware that Lahore city suffered a suicide bomber, and then a Sufi shrine in Sindh was attacked by a suicide attacker, killing 88 people.

Thursday’s attack in Sindh, came after one of the bloodiest weeks in recent memory in Pakistan, with more than 100 people killed in a series of attacks since last Monday; compromising of 5 sperate attacks in one week, the majority of which were claimed by the Pakistani Taliban or one of its factions.

This has raised serious security concerns throughout the country where many people are often left isolated and helpless amongst such calamities. A third world infrastructure and a serious domestic security problem is straining the already depleted resources of the country.

The response from the Government and Army have been swift and immediate, stepping up security patrols and consequently, the army has killed at least 100 terrorists. This does not necessarily fix the security issue facing the country, however, it at least provides a response, one that is needed to help establish the rule of authority and law, in this war-stricken Nation.

In a meeting, between the PM Nawaz Sharif and Army chiefs, at the bombing site in Sindh, he discussed the involvement, of a foreign hand in the attack and vowed to trace all those responsible for the deadly attack. The premier ordered all the institutions and authorities to launch a full-scale crackdown against operatives of banned outfits. He directed for implementation of a zero-tolerance policy.

International reaction has been slow to show any real support on this ‘war on terror’, apart from China, who immediately issued a statement offering Pakistan their support.

The Al Jazeera article is a very good read that breaks down the response of the government and the article by Dawn news provides visual imagery to the devastaion caused by these horrific attacks. Both are recommended.