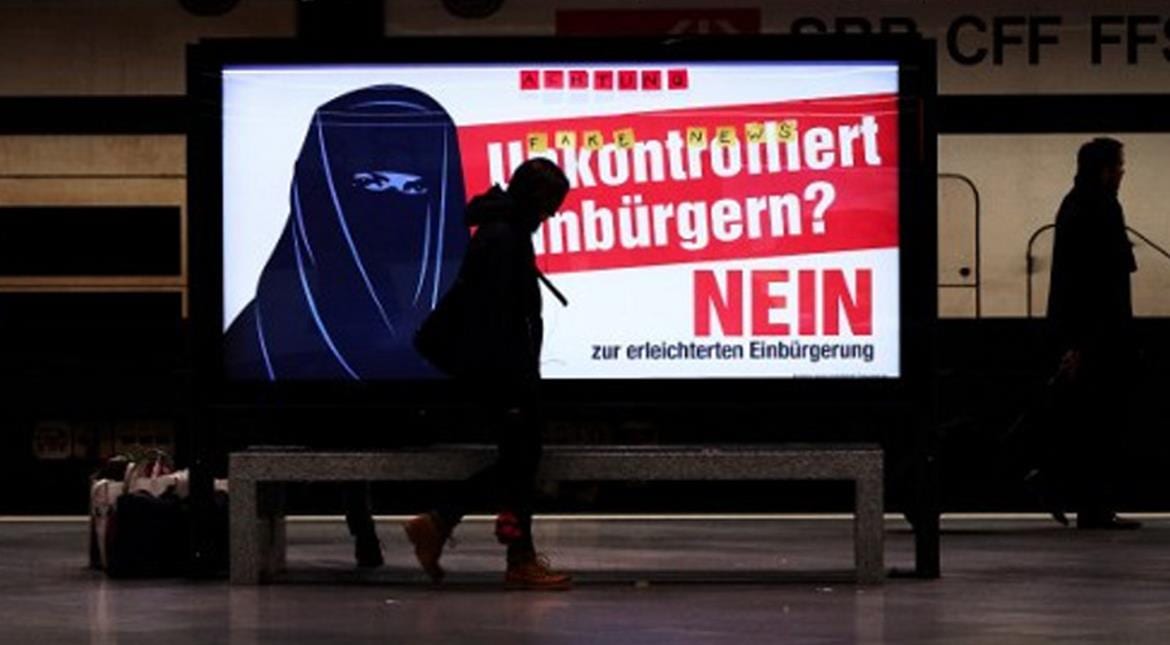 It was never a Muslim issue, but perhaps with the #Muslimban from the USA, far right parties exploited the medium to extend their cause.

Switzerland is decided by a referendum on Sunday on whether to make it easier for third-generation immigrants to become citizens, after a campaign tainted by anti-Muslim messages and charges of religious prejudice.

Familiarity with foreigners living in their neighbourhoods has aided integration within communities and this step towards citizenship will help quell the far rights efforts to exploit anti-Muslim sentiment in Switzerland.

The government, as well as most politicians and political parties, support the proposal that would allow the grandchildren of immigrants to skip several steps in the lengthy process of securing a Swiss passport.

It was never a Muslim issue, but perhaps with the #Muslimban from the USA, far right parties exploited the medium to extend their cause. Political analysts said the SVP had overreached in its campaign which put issues of Islam and national identity at the centre of the debate. However, according to the official figures, approximately, only 25,000, out of the 8 million Swiss population qualify as third generation immigrants; out of which 60% are Italians.

Under the old system, they faced a lengthy and often expensive naturalisation procedure. Now they will go through the same streamlined process as foreigners who marry Swiss citizens.

The new constitutional amendment simplifies – but does not automate – naturalisation for integrated people no older than 25 who were born in Switzerland, share Swiss cultural values, speak a national language and do not live off state aid.

“I think the opponents aggressive posters were rather counterproductive,” Ada Marra, a Social Democrat MP whose parents moved to Switzerland from Italy and who holds passports from both countries, told the Tages-Anzeiger paper. The SVP, a party repeatedly accused of demonising Islam, that focused on the risks of more Muslims becoming citizens and the possibility of losing the Swiss identity campaigned repeatedly on the rhetoric of a Muslim woman in a Burkha and the frail National identity.

Around a quarter of Switzerland’s population is foreign, a relatively high rate in comparison with other European countries that make it easier for the children and grandchildren of immigrants to be naturalised.

After voters rejected similar proposals in 1983, 1994 and 2004, the swing followed efforts to tone down the proposal to make a clear distinction between second- and third-generation immigrants and ensure naturalisation was not automatic, it said.

As in some other parts of Europe, being born in Switzerland doesn’t automatically confer Swiss citizenship.