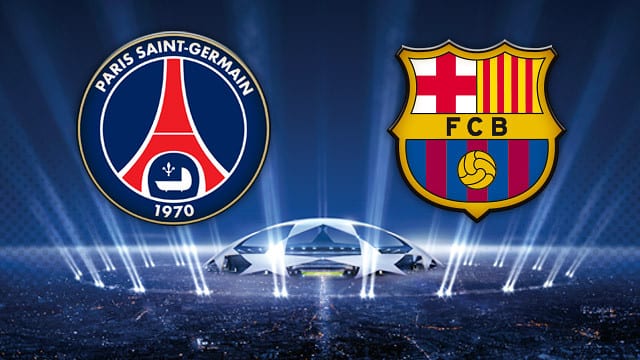 Worst night in champions league for Barca for a long time

Barcelona were stunned last night in what must go down as one of their worst performances in the Champions League in recent memory. PSG dominated this last-16 first leg tie throughout and took the lead through Di Maria’s curled free-kick. Di Maria was in inspired form and a constant threat throughout the game.

Julian Draxler added a second with an angled drive before Di Maria curled an effort into the top corner. Edinson Cavani then sealed a famous win with a powerful fourth.

PSG dominated the possession stats at 56% and struck 15 shots in total, 12 of which were on target. Barca only managed 6 shots in total, managing to hit the target only twice.

A rare occasion where, Suarez, Neymar and Messi have been outshone on the field by Di Maria, Cavani and Draxler. A night to forget for the Catalan’s.

PSG 4 Barcelona 0: Five things we learned as Lionel Messi, Neymar and co are stunned in the French capital. The Independent

For those of you not able to watch the PSG v Barca match, this photo may help. Here, the man on the right is Barcelona. pic.twitter.com/qQKtqvkwCD

Well #PSG just made #Barcelona look like a saturday League team! Not many teams can say that. Amazing performance #ChampionsLeague

"@OptaJoke: 194,599 – Number of people trying to explain to their other half why watching PSG v Barcelona is romantic. Valentine's."