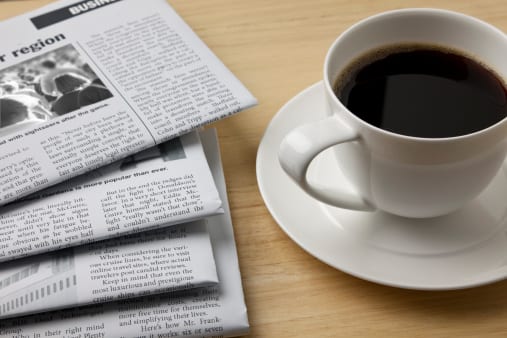 The speaker of the House of Commons John Bercow, for voicing his comments and opposing Donald Trump addressing the Parliament.

Trump should not be allowed to address UK parliament, says John Bercow

Today’s main story is in relation to the speaker of the House of Commons John Bercow, for  voicing his comments and opposing Donald Trump addressing the Parliament. Mr Bercow is one of the key influencers of who is allowed to address Parliament; thus his comments hold influence and weight. Barack Obama made a speech during his state visit in 2011, and it is quite common for foreign leaders to be given this platform to address Parliament. The UK government has started a PR offensive, with Sajid Javid being used as a spokesperson to endorse UK and US relations. All 3 pieces are worth a read.

MPs back John Bercow’s call for Donald Trump to be blocked from addressing Parliament. The Independent

John Bercow does not speak for government on Trump, says minister. The Guardian

Theresa May was hosting a meeting at 10 Downing Street Monday with Israeli Prime Minister Benjamin Netanyahu. The two have never previously had a face-to-face meeting. The pair will be discussing increasing trading relations between the two countries after Britain leaves the European Union. PM May is also expected to express the British government’s concerns over settlement building in the West Bank. Ahead of the meeting, Jeremy Corbyn, leader of the opposition Labour Party, called on May to tell Netanyahu that building settlements on occupied Palestinian land undermines trust.

A disturbing report suggests that Syrian authorities have killed at least 13,000 people since the start of the 2011 uprising in mass hangings at a prison north of Damascus known to detainees as “the slaughterhouse,” Amnesty International revealed in a report on Tuesday. The chilling accounts in Tuesday’s report came from interviews with 31 former detainees and over 50 other officials and experts, including former guards and judges. A difficult but important read, that raises quite a few questions in it self, for instance how can we be sure that this report is accurate? And why didn’t the forces intervene sooner? It is a difficult reality to accept in the modern day.

Up to 13,000 secretly hanged in Syrian jail, says Amnesty. The Guardian

House Prices dropped by 13% in January; is the Housing market Broken?

Data from estate agents Knight Frank shows prices on high-end homes have dropped sharply in London’s most sought-after neighbourhoods. In Kensington and Notting Hill, prices have fallen by 12 per cent and 10 per cent respectively. With Chelsea dropping by 13%.

London’s prime property market has been rocked by former Chancellor George Osborne’s stamp duty hikes on homes worth more than £1m. Asking prices on some properties in central London have tumbled by more than 30 per cent

Councils to be told to build thousands more new homes. The Guardian

Our #housingwhitepaper is entitled "Fixing our broken housing market" and will be published on https://t.co/nzzYinLn1c shortly after 1230pm pic.twitter.com/hQlmPxZB2i

My Tweets
We use cookies to help identify your computer so we can tailor your user experience, track shopping basket contents and remember where you are in the order process. WTX News Our Cookie Policy
Superbowl LI, Afghan Avalanche, NHS charges, Brexit & worlds longest flight
UN appeals for $2.1 bn for Yemen aid as famine looms
To Top
Weekly