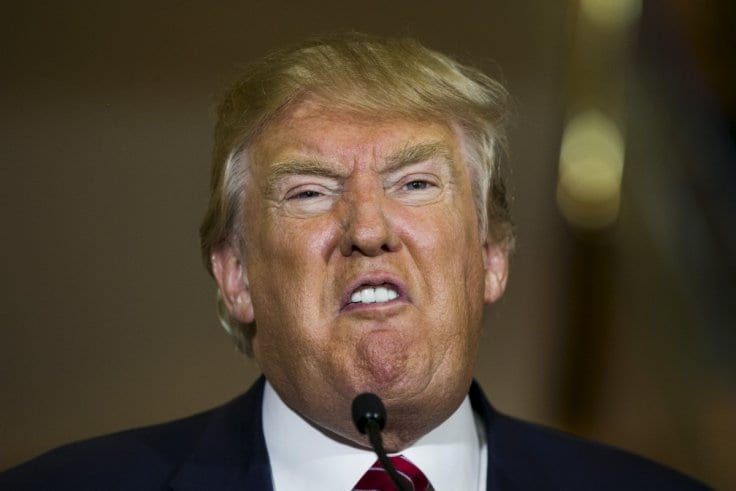 Thousands of protesters gathered at airports and cities nationwide for a second day on Sunday to decry President Donald Trump’s executive order that temporarily restricts entry to the U.S. from seven Muslim-majority countries and indefinitely bans Syrian refugees from crossing into the country.

BREAKING NEWS: Protesters by the thousands along Pennsylvania Ave. protest the #MuslimBan pic.twitter.com/8r6AG8DMrZ

Within 24 hours of Trump signing the executive order, its impact was resonating worldwide as officials struggled to interpret Trump’s decision, leaving refugees and immigrants who had already been vetted and approved to enter the country detained at airports and stuck in legal limbo. Very similar to the Tom Hanks movie ‘The Terminal’.

As a result initially, the Knighted British Olympian Mo Farah, would not be travel to his home in USA under this Executive order. However the British Foreign Secretary Boris Johnson held conversations with the US government on Sunday, follwoing the ban and seeking clarification and thus The UK foreign office put out a statement saying that only those dual nationals travelling from one of the blacklisted seven countries would be subject to extra checks, those travelling between the UK and US would not be affected.

The World has reacted in various ways; The Labour leader Jeremy Corbyn said: “President Trump’s executive order against refugees and Muslims should shock and appal us all. Theresa May should have stood up for Britain and our values by condemning his actions. It should sadden our country that she chose not to.”

Nadhim Zahawi, a British citizen and conservative MP is now banned from entering the US simply because he was born in Iraq, said the “hugely discriminatory” ban was “demeaning” and “sad”. He has two children studying at Princeton University and is now unable to visit them.

The British PM Theresa May has been pushed to comment and condemn this order, yet thus far has failed to do so. Many politicians and are branding her as weak inept in standing up for the rights of the people. Evidently commentators expect her to hold off on making a statement until she returns to back to the UK in order to prevent further controversy sate side. However expectations of tough message are very low, Mrs May is prioritising her relationship because of Brexit over human rights, or perhaps Muslim rights.

The German chancellor has slammed the restrictions on immigration imposed by US President Donald Trump, saying it was “not justified” to target people based on their background or religion. Her spokesman said Merkel had raised the issue in a telephone call with Trump on Saturday, reminding him of obligations under international human rights law.

“The chancellor regrets the entry ban imposed by the US government against refugees and nationals from certain countries,” spokesman Steffen Seibert said in a statement.

“She is convinced that even in the necessarily resolute battle against terrorism it is not justified to place people from a certain origin or belief under general suspicion.”

The German government “will now examine the consequences” of the ban for German citizens with dual nationality, he added.

The Canadian PM Justin Trudeau, reacted by saying, “To those fleeing persecution terror & war, Canadians will welcome you, regardless of your faith. Diversity is our strength”

So, what is at play here? Trump is continuing what he started on the campaign trail. He is tapping into the fear that breeds the kind of xenophobia that gets folks excited about walls and bans, only to distract them from all the promises he won’t be keeping.

In this way, these moves are a bunch of smoke and mirrors, for which Trump has become pretty famous. However, that doesn’t mean these distractions aren’t dangerous. Indeed, they are. They are a danger to the communities of colour they target. Likewise, they are dangerous for Trump supporters who will find that even with bans and walls, they will still be left behind.

A study from 2015, determined the chance of being murdered in a terrorist attack committed by an asylum-seeker was one in 2.73 billion a year. Does that provide him with the justification to #BanMuslims? tag us on social media @wtxnews and share your points.

The #MuslimBan is disgusting and I'm honestly in shock. So sad. We're just letting terorism win, and dehumanizing good ppl out of fear.