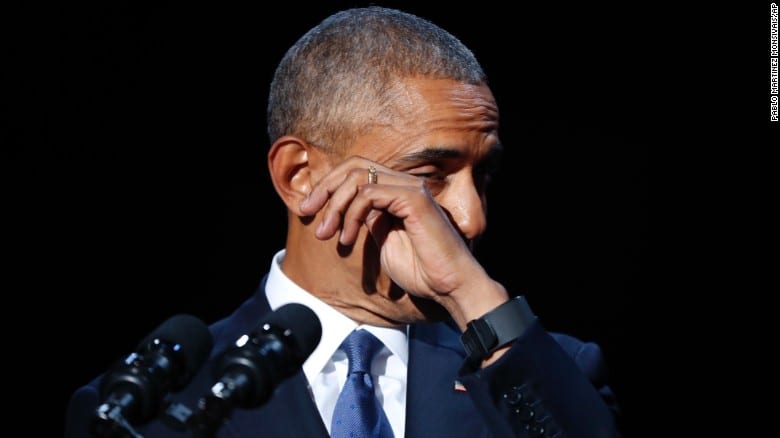 The United States first black president, was first elected in 2008 on a message of hope and change and it was victory that resonated worldwide. Finally, someone we can admire and respect in the White House. But now the curtain has fallen and In an emotional farewell speech before Donald Trump assumes office next week, the President thanked Ms Obama for making the White House “a place that belongs to everybody”.

President Barack Obama has called on Americans to defend their democracy. But he warned “democracy is threatened whenever we take it for granted”.

Returning to Chicago, where he first declared victory in 2008, Mr Obama delivered a mostly positive message to Americans after a divisive election campaign which saw Mr Trump defeat Democrat Hillary Clinton. Ever since then he has been nothing short of box office for the media and here you can catch-up on some of his highlights.

Obama’s final speech: ‘We rise or fall as one’. Al Jazeera

Obama farewell: US must fight for democracy, not be ‘just another big country that bullies’. (VIDEO) RT News