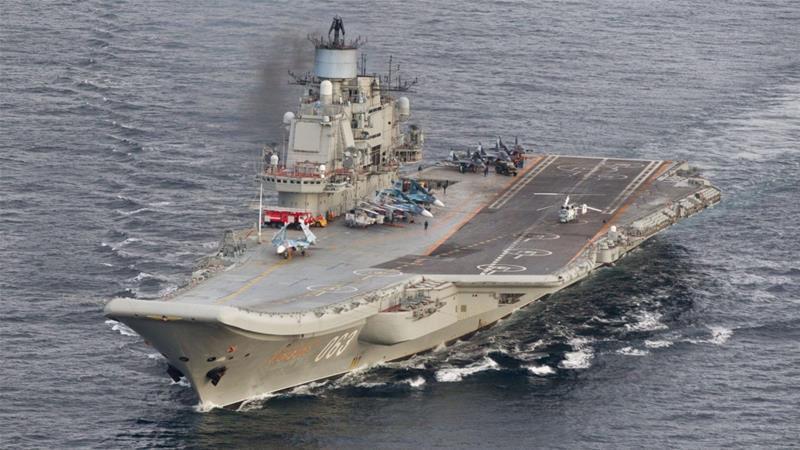 Russia today announced the withdrawal of its forces from Syria and Vladimir Putin describes the mission as “semi-complete” in Syria. It is widely thought that Aleppo’s fall has strengthened Mr Assad’s position enough to allow Russia to begin a military exit.

President Vladimir Putin had announced a partial withdrawal in March, but subsequently had redeploy more troops and forces as the fighting intensified.

Fighting in Syria is set to continue, notably in the north-western province of Idlib, where many opposition fighters have been sent from Aleppo and other towns where sieges have been lifted.

Talking points
The withdrawal of the aircraft carrier is part of the agreement brokered for the ceasefire talks by Russia and Turkey.
It is only a partial withdrawal. Russian forces are still prevalent in heavy force on the ground.
Russia can always redeploy the aircraft carrier, if the ceasefire fails.
Assad’s regime seems to becoming stronger and this move signifies the faith in him by Putin.
President Vladimir Putin is head of the Armed forces in his Russia, known as ‘The Supreme Commander’.